~ Heart Behind The Track ~

The heart of color blind begins with my own experiences as a bi-racial child who felt the devastating effects of racism. I was 5 years old in kindergarten and the young man that was abusing me was in middle school. The racist behavior was clearly taught to him by someone and now was thrown my way on a day to day. The young man used to hound me at school and call me the N-Word like it was the only word in his vocabulary. I remember crying so hard that I could hardly breath! Often, I would run to the principal’s office and beg that he would make him stop! Unfortunately, he didn’t use the authority he had to stop the abuse.
My mother’s boyfriend, who was my father figure at the time,  told me I had to defend myself and stop running from the racist bully. He taught me how to throw my first punch and told me to hit the boy in the nose as hard as I could the next time he called me the “N” word. Lo and behold, the next day I was climbing up the massive steel slide (Which kids these days know nothing of LOL) and guess who started chasing me up the ladder? You got it, the young racist bully! When I got to the top of that slide I turned around and asked the boy, “What did you just call me?” He looked up with both hands on the ladder of the slide and said “YOU HEARD ME N-WORD!” I cocked my fist back as far as I could and hit the boy so hard that he fell off the slide and broke his arm!
The boy started crying and screaming hysterically and we were both chaperoned to the principals office. I was shaking in fear absolutely terrified that I was going to get in trouble!  When the Principal saw the middle-school kid with the bleeding nose and little 5 year old me, he started laughing hysterically! He ended up suspending the kid and let’s just say he never called me the N-Word again.
I don’t repeat this story to condone physical retaliation to racism at all. I fought often for many years thereafter attempting to preserve my pride and ensure that everyone around me would regret the day they ever disrespected me. This lead to more problems than I can count! I was trying to overcome evil with evil and the only culprit that was victorious was evil. I didn’t realize that the way that seemed so right to me, was leading me into a life of destruction.
The Holy Spirt wrote though The Apostle Paul in Romans 12:21 that we are not to allow ourselves to be overcome with evil but to overcome evil by doing good. The Lord Jesus also told us in Matthew 5:38-48 to turn the other cheek and love our enemies. I believe that what Jesus said was not about telling us to habitually subjugate ourselves to evil but offered us the keys of perfection in order to overcome evil. The only solution to hatred, especially racism, is love and the only way to operate in this perfect love is by The Grace and Spirit of God. Writing this record is about the personification of the solution as opposed to the magnification of the problem. It is my prayer that “Color Blind” does exactly that. 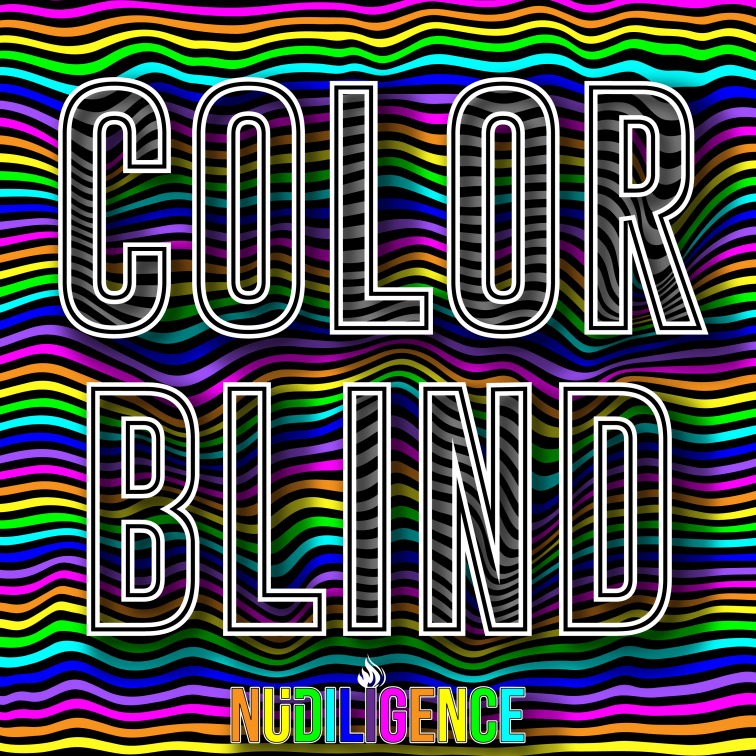